Monongalia EMS is a joint venture between Mon Health and WVU Medicine established in July of 2019. "Mon EMS" merged the former agencies of Mon Health EMS and WVU Healthteam into a single unified agency to meet the needs of Monongalia County and the health systems of Mon Health and WVU Medicine. Monongalia EMS is an independent 501(c)(3) non-profit organization whose mission is to provide 24/7 Emergency Medical Services (EMS), non-emergency medical transport, event medicine, and technical rescue to Monongalia county and surrounding areas. 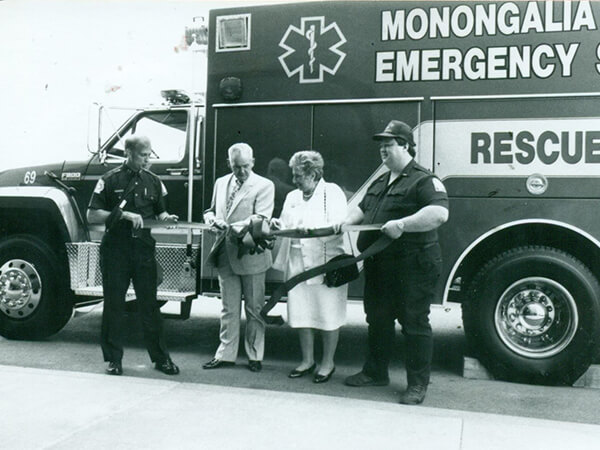 Monongalia EMS has a rich and proud history serving Monongalia County. The EMS providers that have provided this service for years are too many to mention, but each left a legacy on the agency that provides Emergency Medical Services and Technical Rescue for Monongalia County. Monongalia County was given a grant, which we believe was an Appalachian Regional Development Commission grant to start a rural Emergency Medical Service. That grant was used to open the first EMS station in Blacksville, WV in 1975, staffed entirely by volunteers. Immediately following the opening of the Blacksville station, the 'Morgantown' area Station was started in 1976 at 720 Powell Ave in Sabraton. That station, called "Station 60," included a robust group of dedicated and highly motivated volunteers as well as 7 career (paid) staff. Not long after founding, Mon EMS frequently won awards and received recognition at the state level, quickly recognized as one of the best EMS agencies in the state. 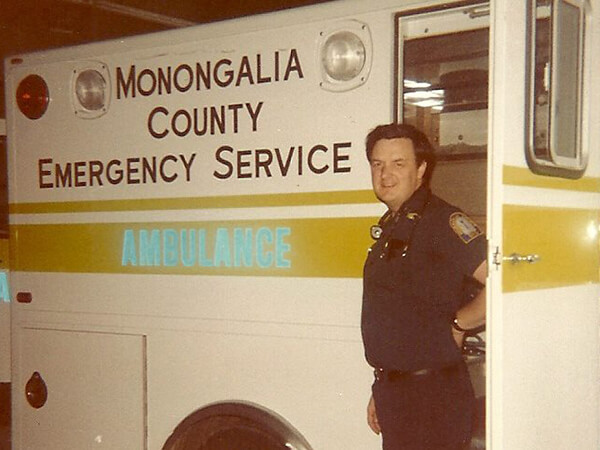 During 1978 and 1979, Station 60 moved to a new building on the Mileground built specifically for Mon EMS. This facility had better road access, increased size, and included 5 bays.

In the early 1980s Monongalia General Hospital purchased a county contract to provide EMS services. Mon EMS operated on the Mileground for over a decade, and then moved to a warehouse on Point Marion Road. This was technically Station 60, but staff referred to it as "Camp 60". 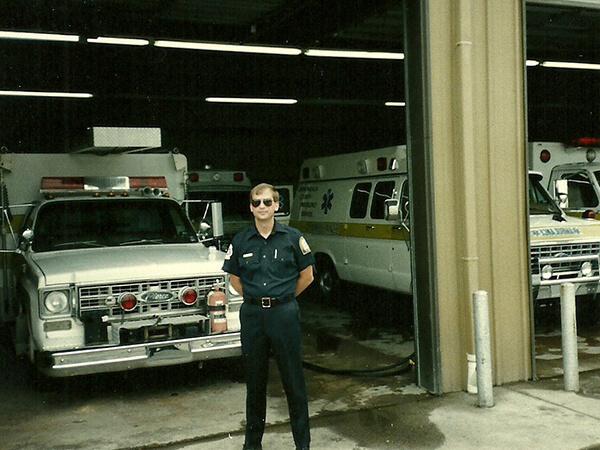 In 1993, a new headquarters was built at 801 J.D. Anderson drive, just below Monongalia General Hospital. This new facility included 5 bays with adequate storage for back line vehicles, a comfortable crew lounge, locker rooms, training room, administrative offices, and supply. Shortly after the construction of the new headquarters, Monongalia County EMS changed its name to Monongalia EMS.

The lack of volunteers and the low call volume unfortunately forced the closure of the Blacksville station in 1995. All assets were reallocated to the main headquarters. 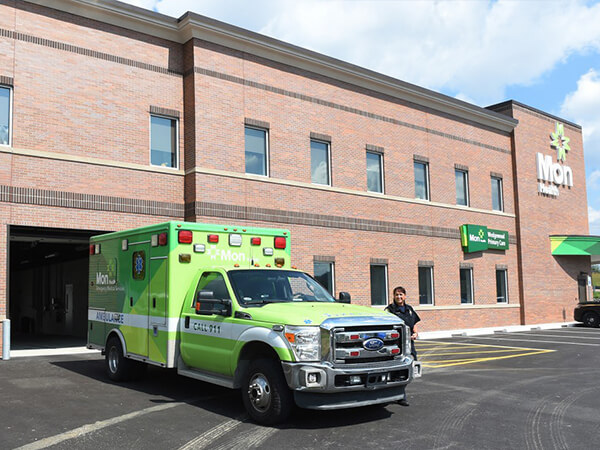 To assist with the deployment of assets, Mon EMS staffed a new sub-station in Osage starting in 2010, called Station 70. That station was replaced in September of 2018 when Mon Health opened a new 'dual role' facility at the Gateway center off Exit 155 in Westover. This building was built for physician offices, but included over 1,000 sq. ft. of space that includes a drive-through vehicle bay large enough for two ambulances and the needed accommodations - a day room with a kitchenette, seating and television, office space with multiple work stations, storage and restroom facilities. 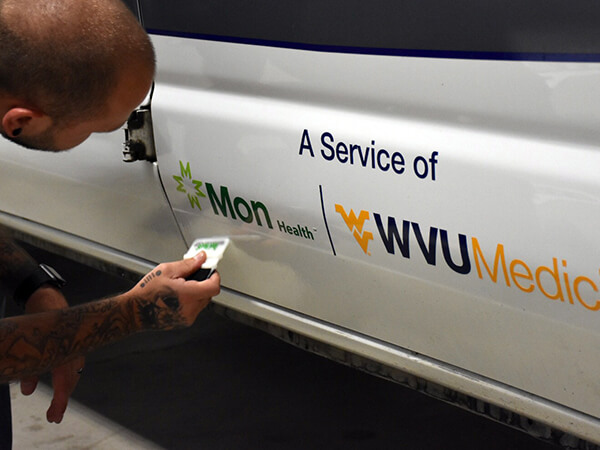 During this time, WVU Medicine started WVU Healthteam to help with gaps in coverage in the county and to assist with patient transportation needs at WVU Medicine. This resulted in duplication of services, which was not the most efficient nor cost effective way to serve the community's patients. 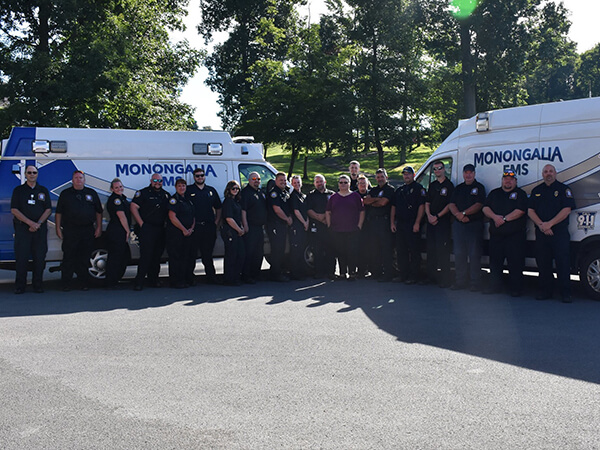 The leadership of Mon Health and WVU Medicine worked together to determine how to best provide EMS services for Monongalia County. In November of 2018, Mon Health and WVU Medicine announced they would enter into a partnership creating a new "Mon EMS" - an independent agency governed by an independent board with representation and support from both health systems. This allowed the 'new' Mon EMS to be a total patient advocate in the delivery of healthcare in Monongalia County and provide transportation to the hospital of the patient's choice. 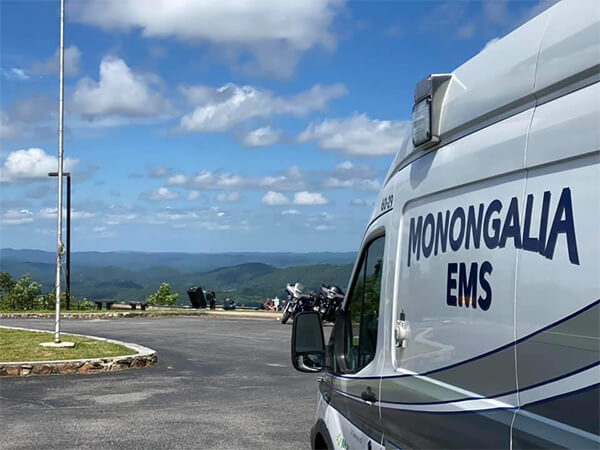 The agreement to formalize the partnership was signed in May of 2019 establishing a single countywide emergency medical system. The governance of Mon EMS is equally made up of representatives of both health systems, community members, and a county representative. 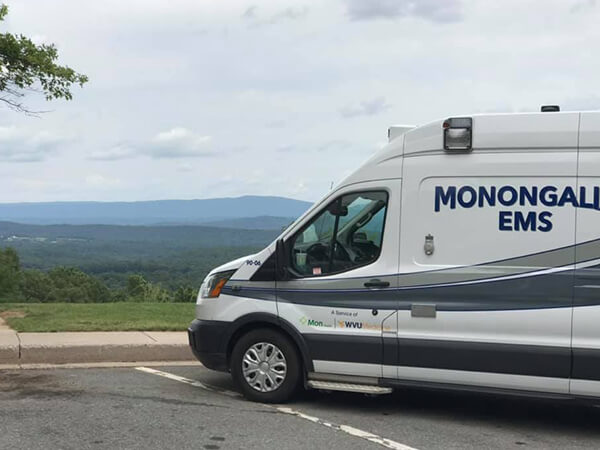 On July 1, 2019 Mon EMS began operations as a newly merged agency providing services to Monongalia County. Mon EMS continues to grow and develop into the agency that the residents of Monongalia have grown to expect. Quality care, professionalism, and customer service are the focus of our providers for every patient, every day. Mon EMS is poised to become a regional and national leader in Emergency Medical Services.